Having a certain attitude about a group of people grounded on assumptions and preconceived notions of reality based in fiction has a negative impact on the quality of care given by medical professionals. Foreign Medical Graduates (FMGs) are very familiar with receiving prejudice. They face it during their residency match, during training, and by patients and colleagues. They are criticized because they are unknown, and these prejudices affect their medical training experience. However, FMGs are not immune to having their own prejudices. Each physician, no matter where he or she went to medical school, must make a concerted effort to avoid common prejudices toward patients. In this way, you can ensure you are giving equitable care to all human beings.

6 Prejudices All Medical Graduates Must Avoid 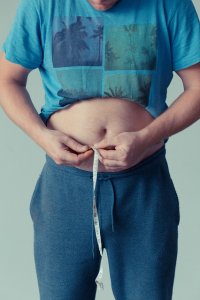 An August 2019 article from Medical News Today notes that physicians may be prone to unfairly judging patients based on their weight. It told of a study where medical students used obesity simulation suits to appear like a diabetic patient with a body mass index of over 30. Researchers performed an Anti-Fat Attitudes Test (AFAT) to measure prejudice. The test was a 5-point Likert scale to rate statements about obesity. The statements blamed people for being fat, denied genetic variables, and linked obesity to laziness. Students reported that the suit enabled normal stereotyping of obese individuals. Females were stereotyped more than males, and previous research has shown that these attitudes make physicians less likely to pursue alternative treatments to weight loss. This could greatly reduce efficacy of treatments for obesity where depression or other health conditions were the root causes of obesity.

According to Flórez-Salamanca et al., there are negative health outcomes for homosexual people due to feelings of discomfort, communication problems, and the inability to develop a positive alliance between a provider and patient (2014). These authors also pointed out that homosexual people received unequal and lesser quality care. They recommend identifying these prejudices as a first step in eliminating them. Logically, it can be assumed that this would apply to all non-heterosexual preferences. 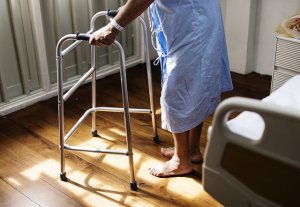 Geriatric medical practice comes with its own set of challenges, and the elderly may have multiple morbidities that require complex treatment in an environment of poor understanding and compliance. However, not every elderly person has the same level of ailments, and those in the community may function as well as young adults. In either case, it is important to have compassion for those suffering from cognitive decline while also acknowledging that age does not automatically equate to cognitive decline. One of the very apparent results of this is under-treatment of geriatric patients because of an acceptance that their decline is inescapable.

Foreign medical graduates come from different cultures and may face cultural prejudices every day, but they cannot extend those to their patients without risk of compromising care. The goals of medical outcomes for people from different cultures may differ from patient to patient, and this must be acknowledged by physicians in order for those outcomes to be positive. Additionally, the customs and etiquette of different cultures must be understood in order to properly communicate and come to a treatment that will be effective and the patient will understand.

Education prejudice may cause a physician to dumb down language to a level that is insulting to a well-read patient. It may also be insulting to use elevated language in a way that offends the person with lesser vocabulary. Both of these situations can be frustrating and cause prejudice. A physician may feel that a person will not be inclined to comply with treatment if they view them as “lazy enough” or “dumb enough” to have not pursued education. Instead, physicians should try to see all people in a manner that requires “effective” communication instead of viewing it as substandard or elevated.

Lastly, medical graduates may feel prejudice toward people who come from impoverished backgrounds, and they may not elevate treatment options like they would for a patient with private insurance who seems affluent. Sometimes, these treatment options need to be removed from the table since insurance nor the patient may be able to cover them, but they should still be considered as options until financial barriers are confirmed by the patient. Patients with less resources are no less worthy of care, and physicians must make sure they do not practice medicine with this prejudice clouding their judgement.

Many physicians get involved in medicine simply because they want to help people, and these altruistic purposes do not coincide with prejudice. However, prejudice may be unknown and stem from environments where one was raised or exposures one has had to particular communities. The first step in eliminating their impact on medical outcomes is to identify them, and these six prejudices are common even among the most well-intentioned physicians.