The World Federation for Medical Education (WFME) is a program that creates the World Directory from which International Medical Graduate’s (IMG’s) schools must be listed in order for them to get certified from the Educational Commission for Foreign Medical Graduates (ECFMG). It is basically the accreditation organization for medical education, and the WFME is one place where global health standards are created by standardizing medical curricula (sort of).

One of the reasons IMGs have struggled to get into American medical residencies is uncertainty about the quality of medical school education received. Residency program directors do not know if the education received abroad is comparable to accredited education received in the United States. The ECFMG resolves this issue by only certifying residency applicants who attended a school on the World Directory by the WFME. Its world directory is the key to practicing medicine in the U.S.

What Standards Does the WFME Set?

There are nine standards for basic medical education that the WFME uses to get a medical school on the World Directory. They are as follows: 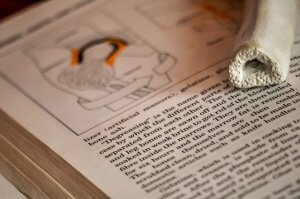 A medical school does not necessarily have to meet every standard in order to be included on the World Directory, but the WFME uses these standards as a guide to evaluating the program. The WFME admits that these standards must be applied differently in different locations according to a “local context.” It also recognizes the overall aim of standardization in a world that is increasingly globalized or international.

It turns out that India has the most recognized medical schools (392). This is followed by Brazil (242) and then the United States (184).

If the ECFMG uses the World Directory, why do IMGs still struggle?

A lot of the reason that IMGs still struggle to get into residency programs is confirmation bias. It is difficult to change longstanding beliefs that international medical education is subpar. Any time that a person hears a negative story that involves an IMG, they have those beliefs confirmed despite plenty of evidence that IMGs are as capable as American medical students, program directors simply cannot confirm that the education received abroad was similar to U.S. standards, and they may not be willing to risk accepting a foreigner who they feel may have difficulty rising to the occasion in the American healthcare field. 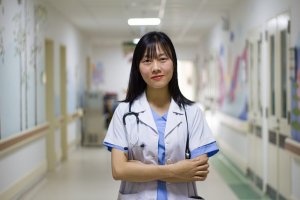 If you ask program directors, they will likely tell you this is not the case. In fact, program directors are fully aware of the crucial role IMGs play in filling the growing physician gap that strains the U.S. healthcare system. Still, the statistics show that IMGs still struggle to get into residency slots.

Other possible reasons IMGs may not be considered for residency slots is the potential for visa issues, language barriers and other biases. There are standards for ECFMG certification that should resolve most of these issues, but the difficulty for IMGs remains despite ECFMG certification.

How Can IMGs Break Free of Foreign Status Limitations?

The world is becoming a melting pot, and foreign status is much more common than ever, but there are still limitations to being an IMG when applying for a U.S. medical residency. This begs the question, how does an IMG get into a medical residency?

The answer may not surprise you. International Medical Graduates must integrate into U.S. society. This means working with American doctors to get local letters of recommendation. It means volunteering or attending mentorships at the hospital in which you’d like to work. It also means rocking that interview. You want your program director to view you as a candidate without the label of IMG, and they can only do that if you present yourself to them authentically and professionally. They need to see YOU, not where you went to medical school.

The Numbers Look Good, But Not That Good

In 2019, the number of non-U.S. citizen IMGs matching to first-year position residency slots was higher than it has been since 1990. 4,028 candidates matched. This is great news, but it is a far cry from the 93.9% of allopathic medical school seniors and 84.6% of osteopathic medical school students who matched first-year positions. Clearly, there is some prejudice against IMGs.

However, some of this makes sense. There are only so many residency slots, and it makes sense to want to provide citizens of your own country with as much opportunity as possible. If 90% of IMGs were given positions, the percentage of American graduates who matched into residency programs would lessen.

More Slots is the Answer

The WFME, ECFMG, WHO, and other organizations have made many efforts to ensure that applicants to American residency programs have received quality medical school education no matter where they obtained it. However, there still remains a large disparity between U.S. and IMG residency applicants. While some of this may be caused by bias toward foreign education, the more likely problem is that there simply aren’t enough slots to give to everyone. With the overwhelming physician shortage looming, the focus should be on opening more residency slots.