Networking is communication among people in a similar profession or interest typically in an informal setting. It is networking that lets people become interesting because of its casual tone. If you want to avoid being passed by as “just another applicant” for a residency slot, you need to engage in networking.

It can be difficult to network as a foreign medical graduate (FMG), which is why you need to pursue every opportunity for meeting residency staff and faculty. 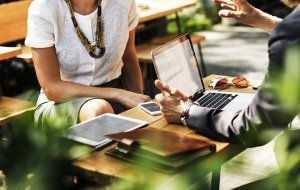 One great way to get to know people in residency programs you are seeking is to go to conferences. Bring business cards and get out there and mingle. MDlinx.com is a great place to find conferences that cater to the specialties in which you are interested. After you network, follow up with the people you meet. If you are in their area, visit the hospital. Ask a faculty member if they wouldn’t mind giving you a quick tour. If you do this professionally, they will remember you, and you may have moved your way up their rank order list.

If you can find an away rotation at a place where you’d like to stay long-term, this is a great way to become a shoo-in for a residency program. This gives the program faculty a chance to get to know you and know whether or not they think you are a good fit. This does make away rotations a bit risky, but if you are a good fit, this should elevate your status when it comes time for a match.

As a FMG, you may not have a lot of family in the area, but surely you have some friends and other connections. Make sure you scour your contact list for connections with residencies, and then talk to those people. You may be able to meet a residency program member in a casual setting prior to having your application reviewed. This may get you an interview.

There is nothing wrong with reaching out to current residents. After all, you may be working with them in the future. Hang out with them, and find out what they think of the program. If you befriend some of the residents, they will put in a good word. Remember, everyone that works for the residency program has some influence over whether or not you are considered for the residency. Whether it’s a physician or a file clerk, use your connections to make yourself stand out. 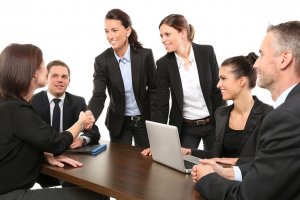 If you’ve already interviewed, and you know you’d be a good fit for the residency program, you may want to send a letter of intent. This lets the program know that you are very interested in pursuing their residency and that they’ll be on your rank order list. There are varying opinions on whether or not this will move you up on their rank order list, but the overall consensus is that it won’t do any harm. Basically, if you weren’t being considered, it probably won’t change that. But if you were being considered, it could move you up on the list.

Networking is a big part of a successful match, but it can be done in the wrong way. Don’t be pushy, unprofessional, or desperate. This is not the way to sell yourself. Instead, be genuine and show true interest. Don’t be afraid to boast about specific research or clinical experience that makes you a great candidate. Don’t be braggadocios, but be proud of your accomplishments. Highlight the things you have done, and don’t let test scores hold you back. Even if a residency “requires” a certain score, they will make an exception for a candidate who is likable and whom they could see working with in the future.

If networking makes you feel stressed, you are not alone, but you need to practice. Talk with your friends about your accomplishments and get over any reservations you have about selling yourself. Then, move on to people you don’t know as well. You need to be confident when you meet residency faculty whether this meeting is at a conference, at a café, or during an official interview.

Is it too late?

If you are already in the Match, there aren’t likely to be conferences with residency program directors in attendance because they are very busy looking through applications and making their own rank order lists. However, it’s not too late to engage in other networking methods. The biggest thing to remember is that you need to stand out among a pool of applicants with a similar background. The best way to stand out is to meet people outside of the work setting, so they can see you as a real person who would make a good team member, and not just another applicant.