Foreign Medical Graduates (FMGs) typically enter the U.S. for medical training with a J-1 visa. This visa is intended to allow people from all over the world access to U.S. medical training, but they aren’t allowed to stay. Following the end of a program, the person must leave the country within 30 days. In order to come back to the U.S. permanently, the person must live in their home country for 2 years, then apply for another visa. 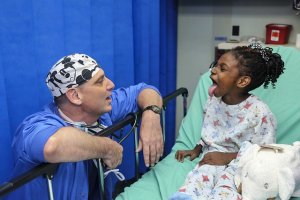 There are multiple ways to waive the two-year home country requirement. The government of the home country can release a no objection statement (NOS). The requirement can also be waived if it would cause exceptional hardship to a U.S. citizen or legal resident. If the person would be persecuted in his or her home country, it may be waived. The U.S. government can also waive the visa requirement if it would harm the intent of the person’s project or agency’s interest. Lastly, the Conrad 30 waiver program allows physicians to stay if they will fulfill the needs of the American healthcare system in rural or underserved areas.

Under the Conrad 30 waiver program, the department of health in each state can request waivers for 30 International Medical Graduates who would otherwise have to return home for two years before coming back. In return, the graduate must agree to practice medicine in an underserved area for three years.

The underserved area must be specifically listed as a:

The person must also obtain a NOS from their home country if that country’s government funded the initial exchange. Understandably, the Conrad 30 waiver program aims to fill gaps in the number of U.S. healthcare providers while maintaining the interests of the home country.

How to Get a Conrad 30 Waiver

A physician who wishes to obtain a waiver must get the sponsorship of the state health department where they plan to practice. There is an online application, and it must be filled out before getting a recommendation. The Department of State Waiver Review Division electronically communicates the application status to the U.S. Citizenship and Immigration Services (USCIS). If there are no concerns, the USCIS will typically allow the waiver to proceed.

What About After the Waiver?

After a successful waiver, the physician must submit their waiver letter along with a Petition for a Nonimmigrant Worker, so his or her visa status can be changed to H-1B. Children or a spouse must submit an application to extend or change nonimmigrant status, so their visa can be changed to H-1B status as well. After this, the physician can begin working in an area where they are very much needed for 3 years. Following this, the physician and family may be eligible for permanent residence, an immigrant visa, or certain types of non-immigrant visas. If they don’t work for 3 years, then the physician has to go back to his or her own country for the original 2-year requirement before returning. 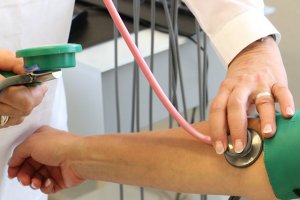 The American Academy of Medical Colleges predicts a shortage of 122,000 doctors by 2032. Demand for medical care is exceeding supply, which could result in catastrophic delays in care and negative health outcomes. Because the population is living longer, the number of patients needing care is growing. By 2032, the number of people living over age 65 is expected to increase by 48 percent. Additionally, elderly populations often have co-morbidities that require multi-disciplinary teams. On the one hand, people living longer is a great thing. However, they still need medical care. The doctors are also aging. According to the AAMC, 1/3 of doctors practicing today will be over 65 within the next 10 years. If these doctors retire early, this could drastically negate active provider numbers.

Conrad 30 is one solution to the physician shortage, but it isn’t enough. Only 30 physicians per state are allowed to get waivers regardless of the state’s need. Legislators are seeing the impact that the physician shortage is already starting to have, and they are responding with solutions that involve expanding the Conrad 30 program to more satisfy the needs of America’s underserved populations.

In April, legislators submitted the Conrad State 30 and Physician Access Reauthorization Act. If passed, it would create additional waivers for each state based on need, allow spouses of doctors to work, and streamline the green card process. It is unclear if this Act will pass, but in its current state, the Conrad 30 waiver program is very limited. It responds to the need for more physicians, but it does not satisfy that need. Hopefully, the future will bring an expansion of the program, so more FMGs can stay in America to practice medicine.