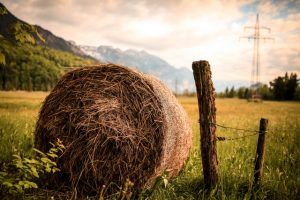 As a foreign medical graduate, there are many factors that you must consider when applying to medical residency programs in the United States. With so many different residency programs available at universities and medical centers, it can be hard to narrow down the list, even after you have identified your specialty area of interest. One of the factors that you should take into account is the setting of the residency program — that is, whether your choose a program in an urban area, a rural location, or a small city / suburban area. The setting that you choose can make a big difference for your residency experience, in terms of both your medical work and your life outside of the program. Read on to learn more about what you might expect from U.S. medical residency programs in urban and rural areas.

Choosing a Medical Residency in an Urban Area

U.S. medical residency programs in urban areas offer distinctive opportunities for foreign medical graduates. In cities, you can find lots of hospitals, outpatient care centers, and community health centers, so your clinical rotations may take place at many different sites around the city. This can give you a broader range of experiences than you might get from a residency program in a rural area or a suburban setting.

Many of the cities in the United States are also characterized by significant racial and socioeconomic diversity. Indeed, a 2015 study by the  Brookings Institution found that the 50 largest cities in the United States had a significantly larger gap between the rich and the poor than smaller cities and rural areas. Therefore, if your residency is in an urban area, you might have the chance to work with patients from a wider range of cultural and economic backgrounds. Depending on your country of origin and the city in which you choose to work, you may have foreign language skills that can come in handy when working with the diverse populations of American cities.

Choosing a residency program in an American city will also significantly impact your lifestyle outside of the program. One of the benefits of living in a large city is that you will never need to worry about being bored — from restaurants to museums to concerts, there is no limit to the cultural experiences you can find in American cities! However, one of the drawbacks is that living accommodations are more expensive in American cities, so you may need to live with roommates. At the same time, public transportation systems are better in cities than in rural areas, so you may not need to own a car.

It is important to note that there is no “typical” American city, so if you are looking for a residency program in an urban area, you should do additional research about the cities you are considering. As of 2015, the 10 most populous metropolitan areas in the United States were:

Choosing a Medical Residency in a Rural Area

The rural areas in the United States are located primarily in the Midwest, the South, and the West, each of which offers different cultural opportunities and lifestyle options. For example, in many rural areas in the West, there is easy access to outdoor activities like hiking, rock climbing, and rafting. On the other hand, the South is famous for comfort foods like fried chicken and pecan pie. Rural Midwesterners are known for being particularly friendly. On a more practical note, if you are living in a rural area, your housing will probably be less expensive, but you may also need to own a car in order to get around.

Researching rural and urban areas in the United States can be helpful as you decide where to apply for a U.S. medical residency program, but there is no substitute for real-world experience. A great way to learn what life is really like in one of these settings is to complete a clinical externship. FMG offers clinical externships in many areas around the country, including rural and urban settings, as well as small cities and suburban areas. Contact us today to learn more about all of the resources we offer for foreign medical students and graduates!